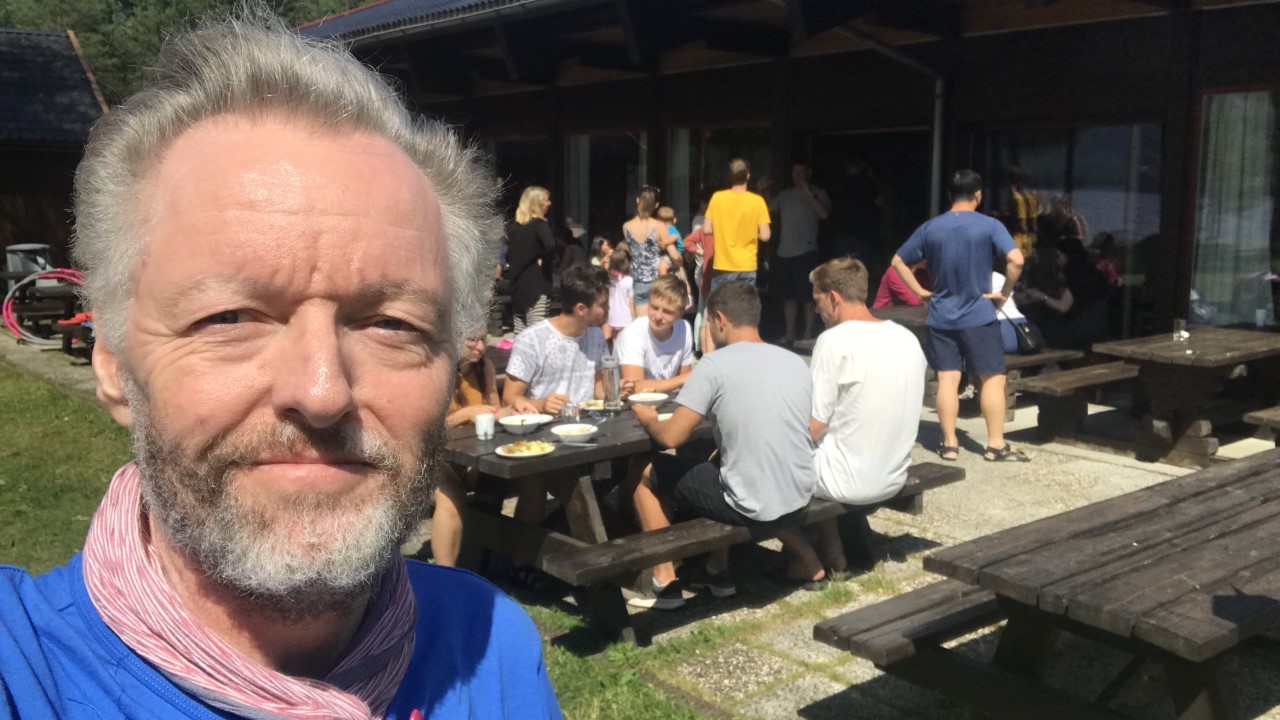 ENGLISH In charismatic circles we sometimes receive messages from God, a term that is a common denominator for different kinds of communications from The Holy Spirit. It is, however, important to gauge the quality of such messages. Is the message really from God, or is it just a person expressing his wishful thinking? And, furthermore, is the message really meant for me, or for someone else?

I’ve been to bible camp this week. It’s been many years since I last did anything similar. Even before I got cancer, such a camp was no longer ‘a thing’ for this family. We grew away from the tents and the camp life and spent more lavishly on expensive hotels and air fares. Like, having vacation away from work AND ministry. If I wanted to go bible camping, I would have to go it alone. I occasionally did, often camouflaged as work related travel as I also wrote part time for a Christian daily for several years. Yes, it was truly work related, but that was not the whole truth.

Thus, this summer I have spent a full week at bible camp for the first time in many years. Not only skulked away from home for a day or two.

One morning this week a visiting missionary walked up to the stage and picked up the microphone. She had a message from God, she said. The message was intended for several among the attendants – she made that much clear.

I have heard from God several times through life, so I was immediately alert. I am at a point in life where most things yet seem unclear. I do feel that I need direction.

— This is for you who is building anew, the woman said. — God sees the house that you are building on but He wants you to do more. The fundament you are constructing needs to be aligned. The beams and the floor you are laying down are too weak. You must tear down and build anew, build stronger. So says the Lord.

My first completed education was in basic carpentry in comprehensive school. I built houses until the Yuppy meltdown kicked the feet out from under the entire housing industry — and I had to re-educate. For years I still restored the house of my wife’s dreams — a worn down building with a core from 1750 and cladding dating back to 1843. I thus understood the language of this prophecy. My heart beat faster as the missionary spoke. My experience is that when God wants me to hear, He always uses a language that I can relate to.

It is only by starting all over, by throwing out all the old, that you can build something that lasts, the woman continued.

I started processing. In the past I had always been quite sure when a message was not from God. It’s called ‘the gift of distinguishing, or discerning, the spirits.’ (1Cor 12:10 NIV) I was, however, not quite sure this time. It was likely a message for someone in the attendance — all in all we were 143 people present at the camp in Fyresdal — but was this message meant for me?

The years with cancer, a marriage that gradually had rot away and eventually, the meetings at my wife’s lawyer’s officewhere I transferred the ownership of the residence and so on to her — could this be a message from above about taking the final step? Was it about conluding the now two years of legal separation with a final divorce application?

No, I thought. It is not often that Jesus speaks as clearly as He does when He speaks up against divorce.

Of course, He knows that we humans do divorce.

«Moses permitted you to divorce your wives because your hearts were hard. But it was not this way from the beginning,» Jesus had said. (Matt 19:8 NIV)

He also forgives divorce, as He did to the Samaritan woman by the well. She had already married five times and was currently living in a common-law marriage. (John 4:17etc)

I myself had lived in the basement of my own house for more than three years. So far I’ve also lived three months in a rented studio apartment down town in Sandefjord. Life has not gotten any easier after I moved out. I cannot even serve up the bad old joke about my wife not understanding me. Fact is, it is I who do not understand my wife. Cancer to the brain has greatly impaired my hearing, memory loss haunts me, I am less able to focus — in total, I cannot follow as well as I did before.

The divorce will, of course, happen. I am thinking about having that last chat with my ex after the vacation. All practical details, except for a few, have been sorted out.

BUT! This message most likely wasn’t meant for me. Although I would very much like to see the course ahead, I believe this message was for someone different.

«Test them all; hold on to what is good,» Paul wrote to the church in Thessalonica. (1Thes 5:21) Test all — meaning that you evaluate, but not try it all. Check it out, but do not use. Don’t take everything at face value until tested.

I test messages from Gud using the following two parameters:

And, to you who do not still believe in Jesus but stick to crystals, shamans, new age and such — you may well adapt this text to your own needs. By God, do NOT jump of a cliff just because some selv-appointed, self-anointed shaman or healer should find it in his black heart to tell you to do so. Should you ever want to hear words from a spirit who always speaks the truth, The Holy Spirit of God is the only one known to consistently tell the truth. Don’t be shy, feel free to contact me if you’re up for a chat.

To all who do not possess the gift of discerning the spirits — those are most of you — the Bible still provides a very simple recipe:

You may say to yourselves, “How can we know when a message has not been spoken by the Lord?” If what a prophet proclaims in the name of the Lord does not take place or come true, that is a message the Lord has not spoken. That prophet has spoken presumptuously, so do not be alarmed. (Deu 18:21-22)

Preachers who prophesy shuld be held accountable. By you, too. If what they say will happen does indeed not happen, they lied. Plain and simple. It was the Bible that called it!